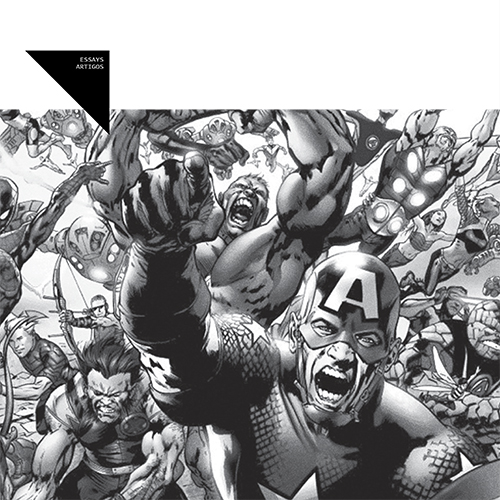 Heroes (either super, simple or anti) have taken, in recent years, the world of film through comic books adaptations.
This is not new, but it happens on an unprecedented scale. If we assume that, in the twentieth century, comics stand for graphic arts as film stands for moving images, pop culture seems to be closing a cycle in taking our imaginary.
Comic books adaptations are increasingly common both in American and European industries. Still, fairly or not, those images and themes are looked at with critical and academic significant disdain. For this reason also, it seems the right moment and a good pretext for retrieving multiple instances of philosophical and theoretical thought in philosophy and cultural theory - the critique of the cultural industries, the critique of the society of the spectacle, the volatility of post-modernity - and relate it to comics and films altogether.
Right now, we seem to witness a kind of golden age of comics’ adaptation, with consecutive titles to be produced. That seems not negligible to us; so we ask: why this phenomenon? Are the generations of geeks and young people of past decades taking in their hands the cultural celebration of their heroes? How and who determines and monitors the parameters and modalities of the adaptations (free, literal, true or... inadmissible)? Is there some sort of artistic guarantee in the contribution of undeniably prestigious authors - from both arts - such as Stan Lee, Frank Miller, Alan Moore, Enki Bilal and Dave McKean, Tim Burton, Christopher Nolan, Bryan Singer, Ang Lee or Zach Snyder?