Beowulf at the Movies: From Anglo-Saxon Poetry to Modern Cinema 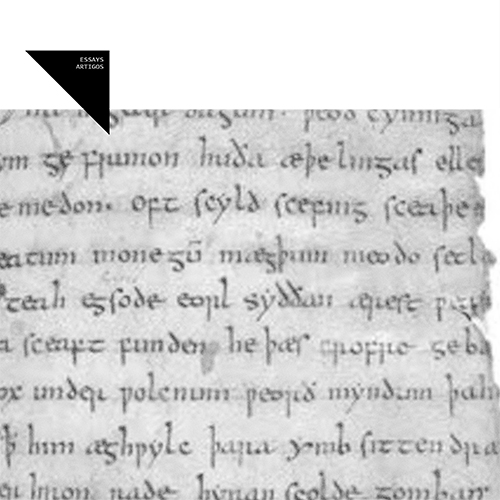 Hwæt! (Listen!)
The feats of Geatish hero Beowulf in days gone by are well-known to modern audiences. His fight with man-eating Grendel is epic as is his battle with the monster’s mother and the terrifying dragon. During the 20th and the 21st century, the Anglo-Saxon poem Beowulf (by an unknown author) has been a source of interest and debate among academics from different fields. This paper will aim at analyzing the idea of the medieval monster.
As a starting point, concepts of monstrosity will be looked at as well as the features that define a monster both in the Middle Ages and today. Grendel is the main point of interest for this study as it considers how these ideas are reflected within this character. To do so, “Beowulf at the Movies” also analyzes the description of Grendel both in the Old English poem and in three selected movies. Are there differences between the character’s portrayal in the poem and the cinematic adaptations? To what extent has cinema reinvented monstrosity in Beowulf? How does this reflect our modern day view of humanity or the beast within?
To answer the preceding questions, this paper will focus on three main movies: Beowulf (1998) by Yuri Kulakov, Beowulf and Grendel (2005) by Sturla Gunnarsson and Beowulf (2007) by director Robert Zemeckis. These adaptations are of interest for they shed a new light on Beowulf’s monster, Grendel, and its hero. Other relevant works will also be taken in consideration as well as cultural and historical factors.