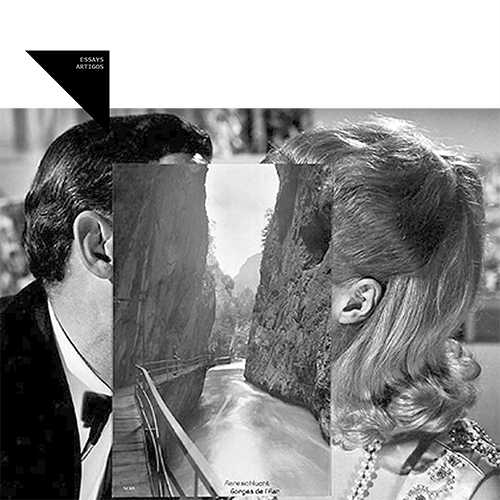 There are many artists who have through the cinema, the raw material for their work. Cindy Sherman, Kendell Geers, Douglas Gordon, Pierre Huyghe and John Stezaker are just some examples of artists who have used the cinema as an element to the objectivity of its productions, whether they can be installations or simple still film. What moves these artists? What is in common between them? The cinema is decoded and is reconsidered its essence, to occupy a new place in the scene of action phenomenological plastic. It is in this transmutation, some will say pastiche, is that the concept of art expands, and it is by this way that we find in the cinema new procedures of influence for the social, political, or cultural demand.
The contact with these works correspond to a revival as it appears in the spectator as an adulteration of a primary experience, the cinema itself, when one has contacted him. In the deconstruction of filmic simplicity, complexity corresponds to a new creation, a result of customary idiosyncrasies that fill the artist’s world in particular and the art in general.