A Cinema of Exploration: In Conversation with Oliver Hermanus 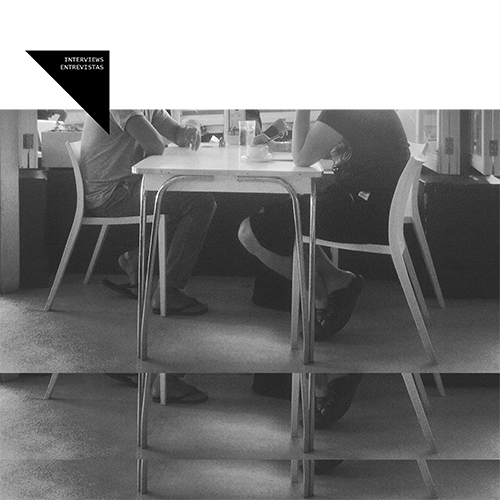 Nearly a year after winning the so-called Queer Palm for his film Skoonheid (Afrikaans for “beauty”), South African writer-director Oliver Hermanus still gets excited talking about his critically acclaimed feature. I am grateful for being able to meet up with one of world cinema’s foremost filmmakers in Café Lola’s in Long Street, Cape Town, before he jets off on a three city press tour starting with London, moving on to Istanbul and finishing of in New York, where Skoonheid opened in May this year.
Like Iranian filmmaker Asghar Farhadi, Hermanus is a singular voice in world cinema based on a major cinematic accomplishment. Early in our conversation about world cinema, South African cinema and the cinematic wonders of Hitchcock, the Dardennes and Haneke, he talks about the Skoonheid characters as if they’re family. He understands the relationship between characters, their bodies and their location, their environment. As it emerges throughout our conversation, nothing is more important to Hermanus than character.

Skoonheid’s narrative anchor is Francois (Deon Lotz), a middle-aged Afrikaner man who runs a timber mill in Bloemfontein. Married and with a daughter, Francois seems distanced from his existence, as if he’s not really part of this own world anymore, as evidenced by numerous scenes in the film. None of this comes as a surprise, as the film opens with an exquisite long shot that slowly zooms in on twentysomething Christian (Charlie Keegan), only to cut to the holder of this gaze, Francois. Hermanus, a self proclaimed devotee of Hitchcock, here introduces the driving force and theme of the film that was also a favourite of the old master’s: obsession. Of all the guests at Francois’s daughter’s wedding, Francois’s gaze – and, in complicity, ours - seeks out Christian. Twenty years younger, filled with the energy of youth and with a full head of hair, Christian is the visual antithesis of the balding Francois, whose appearance and the way in which he carries himself have been eroded by advancing age and the mundane stressors of family life and parenting. Christian is beautiful and unattainable, a perfect focal point for the somewhat unhinged Francois.

The film details Francois’s participation in a lifestyle that is kept secret from his family and friends, all the while still participating in the culturally sanctioned rituals of manhood and masculinity such as drinking, watching sports and “braaiing” (barbecuing meat on an outdoor grill). By detailing Francois’s increasingly obsessive and irrational behaviour, the film culminates in a moment of extreme violence and in its aftermath denies the viewer the narrative safety of resolution and closure. Skoonheidis an unsettling film regardless of one’s familiarity with Afrikaner culture. Obsession and violation are universal.